Hi everyone – or should I say – y’all! Last weekend I went to Memphis for a fun girl’s trip. It was full of eating, dancing, makeup, laughs, and more. My friends Megan and Collins (who both live in Memphis) teamed up with Pettigrew Adventures and invited a bunch of their gal pal blogger friends from around the US for an amazing time.

In full disclosure, I am still recovering because we packed so much fun stuff into this trip, but it was worth it. Memphis is an unexpectedly awesome city for birthdays, bachelorettes, or just girl time. Here’s everything you need to know to have an amazing girl’s weekend in Memphis.

At the very bottom of this post I’m sharing the Instagram handles of everything so you can easily find our Airbnb, restaurants, vendors, etc.

This Memphis weekend would not have been possible if it weren’t for Morgan and her team at Pettigrew Adventures. She was kind enough to host our giant group of 10 girls at not one, but two of her Airbnb locations. She has 8 locations, each a little different, but all impeccably decorated for an Instagram-worthy stay with your best girlfriends.

We stayed in “Juanita’s House,” which was a pink dream with retro vibes. The other girls were in “Lucky Number 7.” Their house was just a little bigger and had a dining table. I would 110% recommend her properties to anyone visiting Memphis. They are also super affordable, especially if you’re sharing with multiple girls.

If you’re looking for something healthy, go to Juice Brothers. We started our weekend with smoothies, wellness shots, and delicious acai bowls.

Everyone had just gotten in the night before, so this was an easy, no-fuss breakfast that we could grab and go before really starting our girl’s weekend in Memphis.

This tapas style restaurant was delish, and was my favorite restaurant of the whole trip. We shared homemade guac (made at your table) tacos, potatoes, and the best part… QUESO. It was so good I probably could have had my own, but I wanted to be a team player, so I shared.

I highly recommend Babalu; the tapas style menu is perfect for sharing with all of your BFFs. As someone who grew up in San Diego near lots of Mexican food, I can also confirm they serve an A+ skinny margarita.

In need of some good old fashion diner breakfast food? Go to Staks Pancake Kitchen. I split the cinnamon roll pancakes with my friend Amanda, along with a huevos rancheros-inspired dish to do sweet and savory. Both were amazing but I’m a sucker for sweets as breakfast (and TBH, in life) so the pancakes were the winner. (Plus it’s a pancake kitchen so when in Rome, right?)

I recommend getting there early because it’s an “order at the front then find you table” kind of deal and it got quite busy around 11am as we were leaving.

I loved the vibe at Slider Inn. Just like the name sounds, they serve up sliders, but I opted for the nachos and LOVED them. There was someone singing live music while we were there, and we later found out he was a contestant on American Idol.

This place is laid back and super chill, plus had a nice outdoor space. Come summer the patio would be a weekend perfect brunch spot.

If you go to Memphis and didn’t have BBQ, did you even go?

Rendezvous is a Memphis classic. It’s big, kind of dark, and loud. And it’s good. There are quirky wall hangings from floor to ceiling and the tables are covered in red and white gingham. Honestly, it was everything I imagined a Memphis BBQ joint to look like. Our waiter did a killer job of serving 10+ girls. They are known for the ribs but I actually preferred the brisket.

Pro tip: get the cheese and sausage appetizer plate. It was a hidden hero. (You can also buy Rendezvous BBQ sauce to take home. If you don’t want to buy it there, you can also get it at the airport.)

Our final dinner to end our Memphis weekend was extra special because it was at Morgan, Pettigrew Adventures founder’s house. Dang, this girl can decorate. It’s no surprise her Airbnb locations are adorable given her epic interior design eye.

Now while you can’t have dinner at Morgan’s, you can get Grey’s to host a private cheese and wine pairing and hire Andrea LeTard to cook up a dinner party, so that’s kind of the same thing!

The cheeseboard pairing was so fun; we learned all about cheese, what goes with what, and types of wine to pair. Then we stuffed our faces full. Cheeseboards are such a great group gathering snack, so bringing it to life through this experience made it that much better.

Andrea is a chef and cookbook author and made us a delicious pasta that paired perfectly with our cheese. She’s tiny, cute, bubbly, and you wanted to be her BFF instantly.

If you’re looking for a low-key night in during your girl’s weekend in Memphis but you still want something amazing and unique, this is the way to go.

I mean, who doesn’t like donuts? Gibson Donuts is old fashioned and no frills, in a GOOD way. Just tables and donuts, the way it should be. Don’t get me wrong, a fancy LA donut is fun to take a photo for Instagram, but there’s nothing like the original, non-organic kind with real sugar. 🙂

Full disclosure, I sort of had a brain lapse that Elvis lived in Memphis until I saw on our itinerary that we were going to Graceland. Whoops!

Nobody in my family was a huge Elvis fan so I didn’t grow up listening to his stuff or really knowing much about him except that he was the king of rock and roll. But after this tour I definitely gained an appreciation for the magnitude of his global star power.

Graceland is beautiful, and I loved seeing all of these moments paused in time to commemorate Elvis.

During a little intro film before the tour started, I learned that 1.5 billion people from across the world tuned in to watch the Elvis concert in Hawaii. In an era where lots of families didn’t even have a single television and there was no Netflix, that is actually insane.

Even if you’re not an Elvis fan, you have to make a stop here. It’s a total time warp with tons of memorabilia, the famous Jungle Room, cars, and his legendary suits. Oh, and there’s also an on-site diner that serves up peanut butter and banana sandwiches (Elvis’ favorite, and yes I had one.)

Old Dominick Distillery offers tours but there’s also a generic cocktail hour every day if you don’t want to do the tour. We toured through the entire process including the fermenting where we got to actually sink our hands into the liquid, and then to the distilling part right before bottling. All of the bourbon, whiskey, and vodka is made at the distillery, with the exception of the corn that is grown elsewhere.

At the end of the tour we had a substantial tasting. I could only take a sip of each because it was all super strong – we had up to 110 proof! There is no food at the tasting, so I recommend doing this before or after lunch/dinner.

Barware is a cute spot right next to Juice Brothers. We weren’t here for long, but the vibe was fun and there were plenty of tables to hang out and grab a drink. It’s in downtown Memphis, so if you’re heading to Rendezvous or somewhere else downtown and looking for a drink before or after dinner, check our Barware.

Oh gosh. When I say Paula & Raiford’s is a real disco, I mean it. Right down to the multicolored light up floor from Saturday Night Live. This is a Memphis weekend MUST.

Before we hit the town, we all got dolled up with hair and makeup; I highly recommend you to go all out glam with big hair and disco makeup. You don’t have to dress in disco clothes, but if you’re going with a big group it’s honestly really fun to play dress up for the night. (Hair: House of Aglaia Salon, Makeup: Sarah Burgess and Caitlin McGill.)

Anyway, this place was bumping. The DJ was throwing out 1970s hit after hit (It’s Raining Men, Sweet Caroline, Proud Mary, YMCA, etc) and it was just a good time all around.

Three things to note though: It’s a $15 cash cover or $40 to cut the line; the bar is also cash only; and people can smoke inside.

Much like how Graceland is a moment paused in time, so is the National Civil Rights Museum. It’s inside the Lorraine Hotel, site of the assassination of Dr. Martin Luther King Jr.

The museum goes through general civil rights history, and you eventually wind up at the exact spot where MLK Jr. died, peering from behind glass into his hotel room to see exactly where he spent his final moments. This is obviously a major turning point in history, so I felt very lucky to be able to visit this museum.

There are vintage cars parking in the parking lot; they are not the original and only meant to give you an idea of the era. If you are worried about any blood, they have removed all of it, so it’s nothing gory. It’s actually quite peaceful.

The Peabody Hotel is on the National Register of Historical Places and opened in 1869. It’s a Memphis landmark and home to their famous Duck March. Every day at 11am and 5pm, you can catch this adorable tradition; the ducks walk to or from their little house on the top of the hotel down into the main fountain in the lobby.

Get there about 15 minutes early to make sure you can get a viewing spot. I recommend the second level, because then you can see the ducks from above. The whole thing takes about 10 minutes from start to finish, but it’s really cute and somehow makes you just as excited as all of the little kids watching, too.

I’ve always been an arts and crafts girl and so making bath bombs at Buff City Soap was right up my alley. Buff City Soap is all about natural, plant-based bath, body, and home products. There are multiple locations but the really cool thing about Buff City Soap is that each store has a dedicated space in the back where they make all of their own product.

They sent us home with a box full of goodies. I’m still getting around to trying everything, but the bath oil is SO good. You spritz it on in the shower then rinse off, and it acts like a moisturizer. I’m also now obsessed with their lip scrub, especially since my lips are ALWAYS peeling. (If you aren’t going to Memphis any time soon or don’t live near a location, you can buy online!)

I don’t have much to say here except this: teatime at 17 Berkshire is SO CUTE. Whether it’s just you and your BFF or a handful of friends, it’s the perfect girly activity to end a girl’s weekend in Memphis. Dress up, drink tea, and enjoy all of the yummy food on the little towers. Cheers!

FIND THESE AMAZING MEMPHIS SPOTS AND VENDORS ON INSTAGRAM: 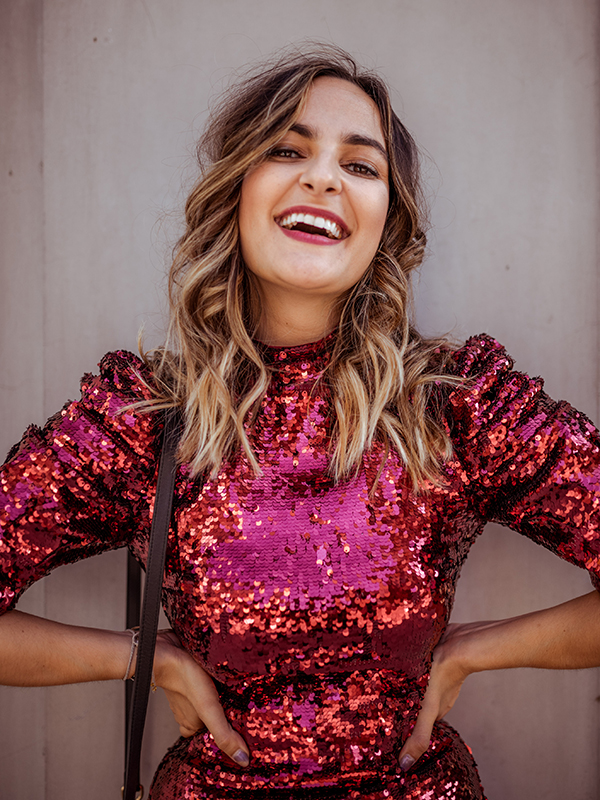 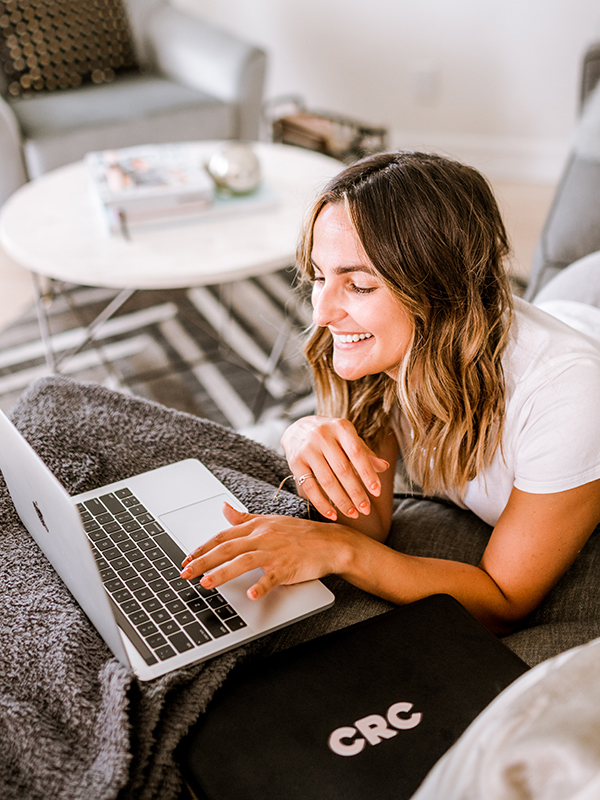